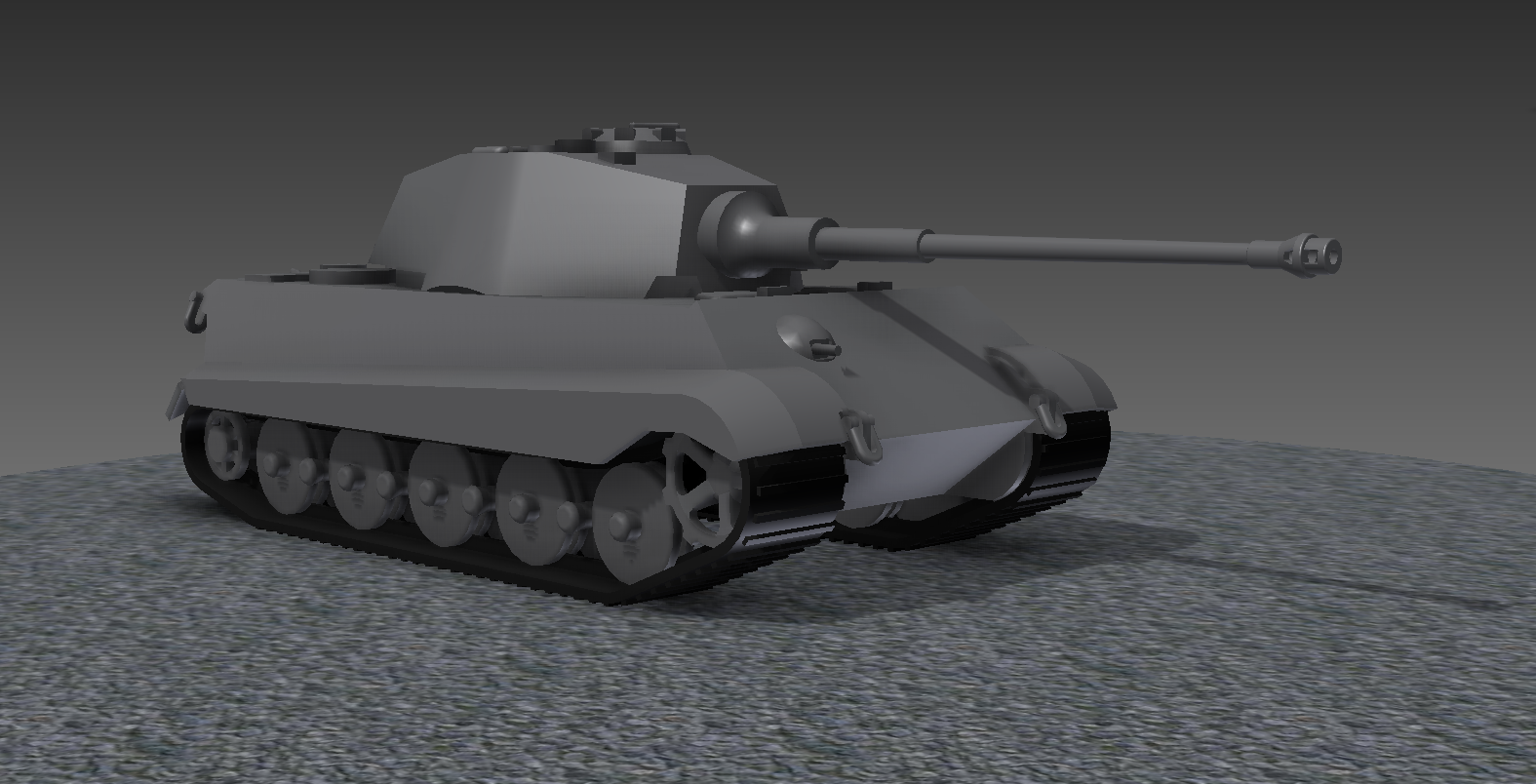 The Panzer 6 “Tiger” was developed in direct response to the “Russian Colossus,” the KV-1. Adolf Hitler learned from battlefield reports that towed 88mm guns were the most effective weapons against the KV-1 by far, but that KV-1 crews were wise to this, and essentially ignored all the panzers and StuGs as long as eighty-eights were present. Hitler became directly involved in German tank development at this point, and ordered that the 88mm be put on a tank. Thus the Tiger was born, officially known as the Panzerkampfwagen VI, Ausführung E, and it entered production in 1942. A heavier version, incorporating sloped armour and a longer gun, entered production in 1943, though only one was produced that year. This was the Ausf. B, also known as the King Tiger or Tiger II.