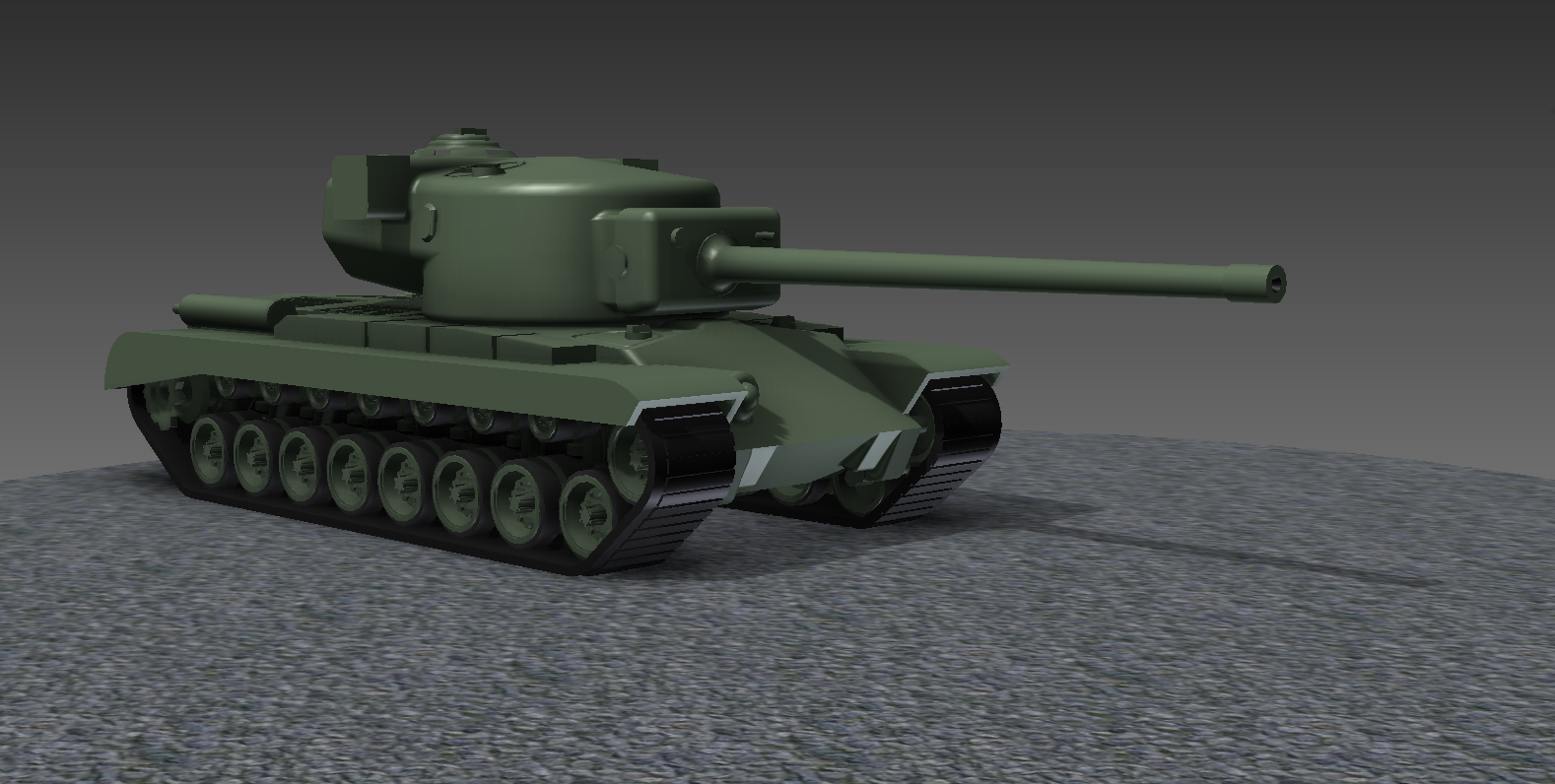 In March 1944, the U.S. Army began developing a new tank to counter the Panzer 6B “King Tiger,” as the M26 Pershing was rightly seen as inadequate to properly deal with it. The T29 had a larger 105mm gun mounted in a turret with a coincidence rangefinder (hence the “ears”), and its hull was a lengthened, up-armoured version of the M26. Since the war was over before trials could be completed, the T29 never saw combat, but continued to serve as a test-bed for heavier weapons and more advanced automotive components, leading to the T30 and T34 heavy tanks, and, ultimately, the M103 heavy tank.