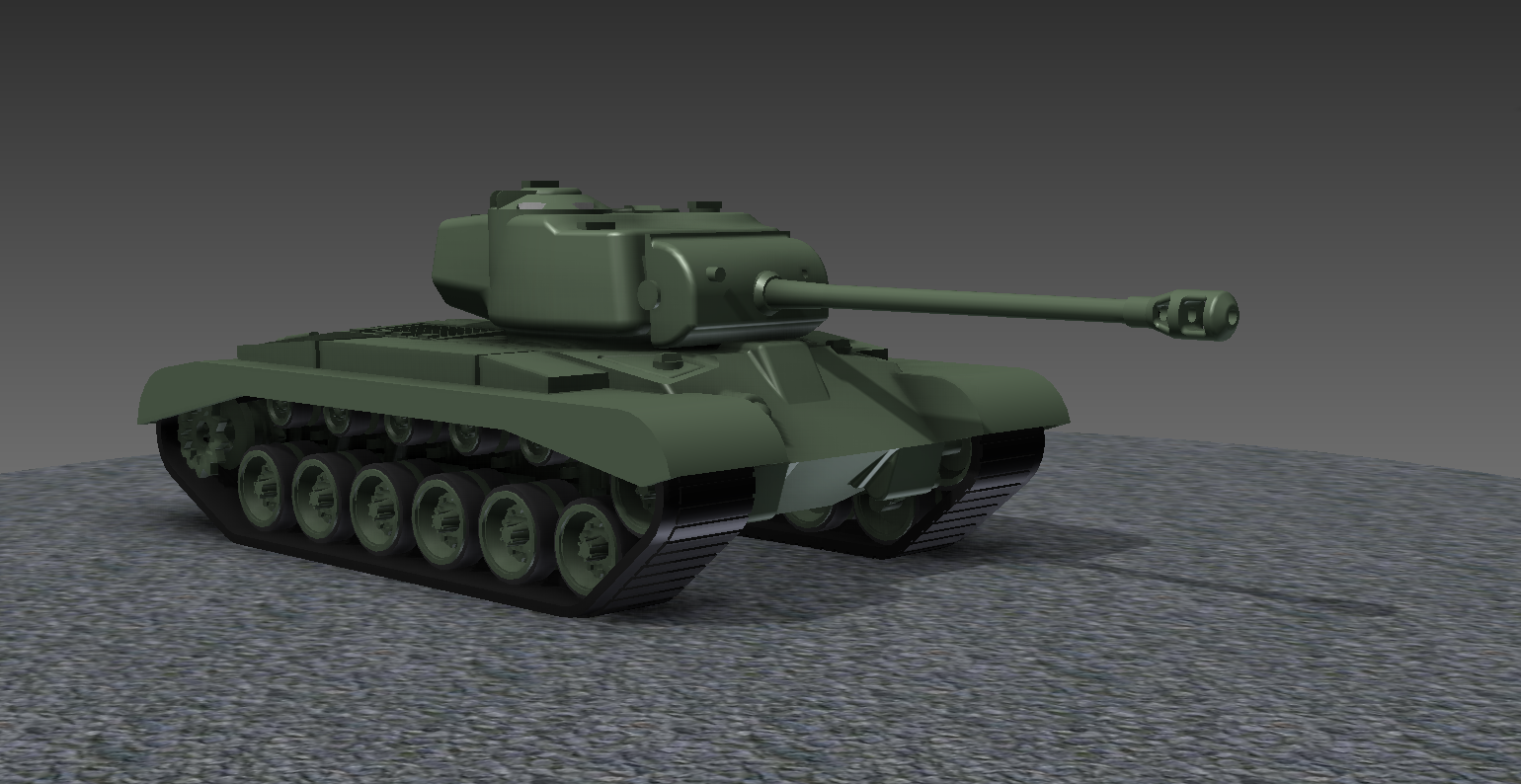 The M26 was the product of an effort to replace the M4 Sherman medium tank, but went in an entirely different direction. The first iteration of the effort was the T20, a more compact version of the M4 developed in 1942. The T20E3 had the old HVSS replaced with a torsion bar suspension, and looked like a smaller version of the Pershing. Further developments included the T23 and T25, alternating between HVSS and torsion bars as the designs became heavier and heavier. The T26 was the first model to be field-tested in Europe in February 1945. The T26E3 was the first production variant, the result of field modifications to the T26E1 prototype. After receiving great praise from U.S. Generals, the tank was re-designated M26, and named in honour of World War I U.S. Army General John J. Pershing in March.

The next variant of the M26 to be fielded was the T26E4 “Super Pershing,” a stop-gap tank with additional armour plates mounted to the front of the hull and turret. The T26E5 also had thicker armour, but built into the hull design, rather than externally mounted, thus it didn’t have a noticeably different appearance, as the E4 did. The M26E1 was a further development of the T26E4, and the last variant of World War II. Subsequent variants served in the Korean War, by which time the M26 was reclassified from a heavy tank to a medium tank, given that the U.S. Army was fielding much heavier tanks at the time. The M26 was developed into, and ultimately replaced by, the M46, M47, and M48 Patton tanks.